How long can we expect to live in the future? The longest recorded human life is that of a French woman, Jeanne Calment, who died aged 122 and a half, in 1997. The eighth oldest, and currently oldest living person, is an Italian woman named Emma Morano, who will be 117 on November 29, 2016. Morano had a sister who died at 102. Men only make it onto the list at number 11, and that man is no longer alive.

Following the trend of life expectancy

Although life expectancy has been increasing continuously since 1900, it looks like it is reaching a plateau in countries of the developed world. If the data are plotted according to a model that assumes there is such a plateau, it looks like our eventual “genetic limit” may be around 90-92 years.

A different approach is to ask, how many extra years of life could be achieved if the major diseases that kill people were eliminated? That number has been estimated to be 15 (1). In that case, the “genetic limit” under present conditions might be about 95. A well-known proposition called the Fries Hypothesis (2) proposed that the natural limit of human life expectancy was 85 years, with a standard deviation of 7 years.

Authors of a report that appeared in Nature after this article was first posted concluded that we’ve almost reached the natural limits of lifespan increase. In that article the limit (the age of maximum lifespan) was proposed to be about 115 years, a level it reached, and has not exceeded, since 1980. (Commentary on that article is here.)

There are some wild hypotheses floating around in the world of longevity research, suggesting that we might soon be living to over a thousand years, or even indefinitely (a thousand years sounds pretty much like indefinitely). These are based on “just-so” stories and wishful thinking. The best known are from one Aubrey de Grey, who is chief science officer of a research foundation looking for “cures” for ageing.  Apparently striving for “fair and balanced”, these projections were also quoted in the commentary in Nature.

The key question is this: can the apparently real genetic limit of around 90 years for average lifespan be extended? A possible answer has come from a surprising source.

A tiny worm shows the way

Caenorhabditis elegans, known by those who love it as C. elegans, is a roundworm “about as big as a comma,” in the words of Dr. Cynthia Kenyon, who has made C. elegans famous in the world of research on ageing. This small animal has only about 1,000 cells at maturity. Each of those cells was followed from its origins to its maturation by a group at Cambridge University, to understand the differentiation and development of a multicellular organism (they won a Nobel Prize for this monumental study in 2002). In 1993, Kenyon was developing further inroads into that understanding in her laboratory at the University of California in San Francisco by using genetics — looking at the effects of various mutations on the life of the worm. She was doing well but struggling a little, because nobody thought ageing was a very glamorous subject for research.

C. elegans normally has a short lifespan, with 50% of the population dying within two weeks of birth. While working with a worm that had a defective gene called Daf-2, Kenyon realized that it lived twice as long as regular worms (3). The Daf-2 mutant made a Daf-2 protein of lowered activity. When that protein was analyzed, it turned out to be a receptor molecule for a growth factor called Insulin-Like Growth Factor 1 (IGF-1). The mystery chase was on: how did that work? was the Daf-2 protein present in cells of higher organisms? if present, would it work similarly in them? in particular, do we humans have anything like Daf-2, and can we see evidence that it may be involved in the genetics of longevity? Suddenly, lots of people were interested in ageing and C. elegans.

The answer to the first question, how does Daf-2 work, is illustrated in Figure 2. The protein product of the Daf-2 gene, IGF-1R/Daf-2, spans the outer membrane of the cells of C. elegans, and has components facing both the outside of the cells and the inside. IGF-1R/Daf-2 is activated by binding the growth hormone IGF-1 on the outside, and it then delivers a signal to the inside of the cell. That signal inactivates a protein called FOXO. FOXO is a gene regulator; it normally turns on a number of genes that maintain the cell in good health, including the repair of damaged DNA and the removal of damaged proteins. When the Daf-2 gene is damaged by mutation, Daf-2 doesn’t down-regulate the activity of FOXO, and FOXO enters the nucleus of the cell and keeps the repair genes working full-on. This gives the cell, and the organism, a longer, healthier lifespan. Daf-2 is a gene that promotes ageing.

This story is beautifully related in a TED talk that Kenyon gave in 2011. It can be accessed here.

Since then, the Daf-2 story has just become more interesting. In brief, there are homologues of the gene wherever they have been sought, including in fruit flies, mice, and humans. When the genes in flies or mice are mutated, the animals live longer. You can’t do such experiments in humans, but you can look for drugs that might impair the activity of its target, the IGF-1 receptor (IFR-1R, the human analog of Daf-2). Such inhibitors have been found, although not yet shown to be effective and safe in humans. One is the immunosuppressive drug Rapamycin, which lengthens the lifespan of mice, not by 100%, but by around 10% (4). More recently, another molecule, this time more innocuous (it is part of normal cellular metabolism), was found to increase the lifespan of C. elegans by hitting the same target (5).

In another development, the human FOXO homologue has been found to exist in different genetic forms, and men who reach older ages than the average are found to have more of one of these forms, compared to those who don’t age as well. These long-lived men with the variant FOXO gene also had a lower prevalence of cancer and cardiovascular disease, better self-reported health, and high physical and cognitive function, despite significantly older ages than controls (6). This, too, parallels the experience in C. elegans, and suggest that the human analog of the C. elegans FOXO-Daf-2 system affects lifespan too.

The connection between food and longevity

All of these studies point to the possibility that the genetic limit of human ageing may be moveable, although probably not by as much as that of the simple roundworm. What the different parts of the story have in common is that they are all, directly or indirectly, tied to energy metabolism. Insulin and the IGF molecules (there’s more than one kind) are produced in the body when there’s nutrient coming in, for example. By the mechanism explained above, cellular repair is diminished when there’s abundant food, which is a time for growth, not monitoring damage and repairing it.

One of the oldest and most reproduced studies of extending lifespan, in that case of laboratory rats, is to restrict their caloric intake. When they eat less, they live longer, presumably because their cells are being maintained in pristine condition. The logic of having cellular repair and upkeep suppressed by signals that tell cells that there’s nutrient present is explored by Kenyon in her TED talk. It all makes sense, but we will have to see how the story plays out with respect to humans. The goal to be hoped for is not so much to extend lifespan as to extend “healthspan”, life in good health, as so elegantly demonstrated for C. elegans by her presentation. Those “old” worms are zooming around like young ones even though they have long passed the time when their normal cousins would have died. 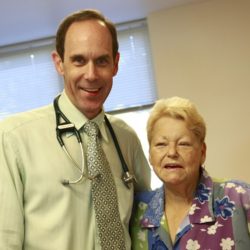 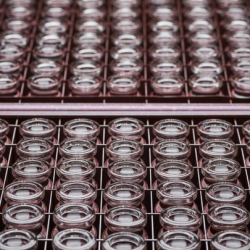 A BRIEF HISTORY OF MESSENGER RNA