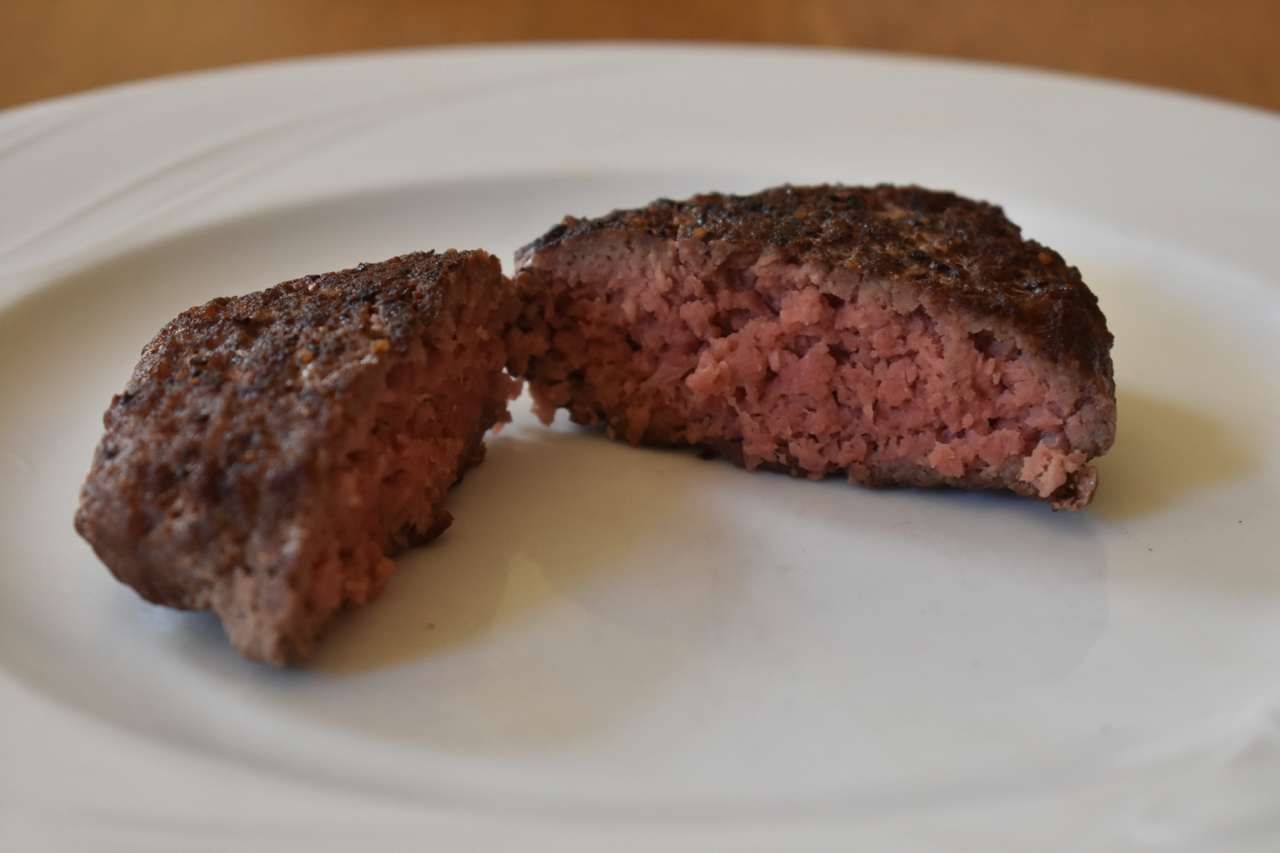 This post falls into the category of “Molecular Gastronomy”. That term may be a bit silly, since everything about food is molecular. But when it comes to food there’s usually something to be said for taking a look under the hood. This will be about cooking a hamburger that’s better than what you get at your favourite fast food joint. So if you don’t eat meat, and don’t even want to read about eating meat, exit now. Plenty of other things to read about on the site.

The humble hamburger is a mainstay of the American diet, whose popularity  has spread around the world. It ranges from a no-frills burger on a bun at MacDonald’s to a gourmet version prepared by a chef using freshly-ground steak. But whatever the level of sophistication, there’s a tension in preparing a burger: the tension between taste and safety. Most of us would prefer a medium rare hamburger, or at least medium, but cooking one is a bit tricky.

Some people like raw ground beef in the form of steak tartare. The preparation of this delicacy requires care, beginning with the choice of a solid piece of pathogen-free meat. It needs to be that because if there are any bacteria on the outside of the meat they will end up in the dish. Using raw, store-bought hamburger to prepare steak tartare would be foolishly risky. The store-bought ground meat contains an array of less desirable cuts and discarded bits, some of which have a good chance of carrying bacterial contamination. This will lead to hamburger with bacteria distributed throughout; human pathogens can be found in such preparations.

Contaminated, undercooked hamburger led to an outbreak of food poisoning at a number of Jack in the Box restaurants in 1993. Most of those affected were young children, 4 of whom died. Another 178 other victims were left with lasting injuries, including to their kidneys and brains. The pathogen in that case was E. coli, strain O157:H7, a serotype that produce shigatoxin, a dangerous human toxin. Undercooked hamburger at restaurants has caused other outbreaks of poisoning. (The April 24 edition of the New York Times contains a heart-rending account of a young woman who was nearly killed by E. coli. She probably caught the infection from eating vegetables, not meat. But pathogenic E. coli is a very serious threat to health and life itself.)

The safe and tasteless burger

As a result of the 1993 event, the USDA now recommends cooking hamburgers until they reach an internal temperature of 71ºC (160 ºF) for at least a minute. In more highly regulated Canada, federal law stipulates that this standard must be met in commercial food preparation. The problem, as any American visitor who enjoys a medium rare burger will find, is that commercial Canadian hamburgers have roughly the consistency and saftigkeit of shoe leather. Is there a way to be safe yet satisfied?

Food scientists and cooks recognize the basis of the disappointing 71ºC hamburger – it has lost its moisture, and the fibers of protein have been so thoroughly denatured by heat that they’ve shrivelled up into miserable, tough strings. A safe and tasteless burger, in need of a secret sauce.

Federal agencies stipulate that a safely cooked hamburger is one in which all parts of the burger reached a temperature that knocked down that number of bacteria 3.3 million fold — only one  E. coli bacterium survives for every 3.3 million present initially. Pasteurization kills in an exponential way: each interval of time at a given temperature kills the same proportion of surviving bacteria. If 5 minutes at a given temperature kills 90% of the E. coli in raw hamburger, then five minutes more will kill another 90%, leaving 1% of the starting number. Another 5 minutes, and you’re down to 1 out of every 1,000 bugs. The time in minutes needed to kill 90% at a given temperature is designated “D” in the meat industry. The recommended/mandated temperature of 71ºC (160ºF) easily kills E. coli to the degree required by federal agencies. It also kills the taste and texture of a burger.

Pasteurization was invented by Louis Pasteur in the 19th century to kill bacteria in raw milk and make it safer to drink. Commercial pasteurization exposes milk to a temperature of 72ºC for 15 seconds, followed by rapid cooling. Pasteurization can be achieved at lower temperatures, but that temperature must be reached throughout the food for a long enough time to do the job.

The principles of pasteurization can be applied to the cooking of a burger, and doing so intelligently can produce a better burger. The trick is to bring the temperature of the meat high enough, for a long enough time, that it will be pasteurized and cooked. The time required to pasteurize beef at various temperatures is shown in the following graph. It shows the time needed to destroy E. coli O157:H7, the bad actor in the Jack in the Box affair.

From the graph, it takes about 60 minutes to achieve pasteurization at 56ºC (133ºF). So, if a burger is kept at this temperature for one hour, it should be safe to eat, and it will taste a lot better than if it’s heated at  71ºC even for a minute. The question is, how to get a burger to that temperature and hold it there for 60 minutes? The answer is, sous vide.

If the term “sous vide” doesn’t mean much to you, you’re not alone. Sous vide (Fr. “in vacuum”) is a method of cooking at low temperature with minimal exposure to air. The food doesn’t actually have to be in a vacuum; if meat is being cooked, it is placed in a plastic bag from which as much air as possible is removed (you don’t need an air pump). The typical sous vide apparatus consists of a water bath with a thermostatically-controlled immersion heater. The food in its plastic bag is placed into the water bath, where it is pasteurized in its own juices. Any temperature below the boiling point of water can be maintained for as long as necessary. By choosing the right temperature, there is no danger of over- or under cooking; the length of time the meat stays in the water bath is irrelevant, once pasteurization is complete. Restaurants use sous vide to maintain cooked foods in readiness, requiring only a brief reheating, or finishing, to serve. Food that has been cooked with the sous vide method can be kept safely for some time, since it is pasteurized.

It takes time for the middle of a hamburger to reach the temperature of the sous vide bath, and this needs to be taken into account during cooking. (Failure to allow for this, whatever cooking method is used, is probably what causes the occasional outbreak of food poisoning.) By inserting a probe into the middle of a burger 1 inch thick (a “one-third pounder”), I determined that it takes about 40 minutes to reach the cooking temperature of 57.5 in my sous vide apparatus (graph below). From the two graphs, cooking a burger at this temperature properly would take about an hour (40 minutes to get to that temperature, and about 20 minutes of actual cooking).

It looks from these data that the lowest practical temperature for cooking a burger sous vide and reaching the food safety standard in a reasonable time is about 54.5ºC (130ºF). It would take 3 hours. You’ll have a burger that is juicy and rosy in the middle, somewhere near medium rare hamburger. The burger shown at the top of this post was prepared this way. But you need to be sure that the temperature reading of the apparatus is correct; if it’s out by a degree, and actually running at only 53.5ºC when it’s reading 54.5, there’s a finite risk that 3 hours won’t be enough (you’d need at least 5 hours to achieve pasteurization at 53.5ºC).

The internet is replete with advice and guidance on sous vide cooking, including of hamburgers. All sources will tell you that you need to finish off the burger either in a hot pan or on the grill, at about a minute per side, and you do need to do this to get a nice crust. You will also come across internet sources that suggest you can safely cook a burger at temperatures as low as 49ºC. If you do, you’d better hope your source of meat is free of E. coli or any other human pathogen, because at that temperature, pasteurization would take weeks (well, maybe days).

Of course, you can get away with cooking at any temperature you want, or even turning the ground beef into steak tartare, if you simply buy a good piece of steak, free of bacterial contamination, and turn it into ground beef. But you do need to know that it’s uncontaminated. Alternatively, you could, if you had a cobalt-60 irradiator, use it to kill all the bugs before cooking. Irradiation of food has a long and fraught history, and has basically been rejected, irrationally, by consumers, even though it offers a way of preventing spoilage, and killing any contaminating bacteria. But that’s another story. 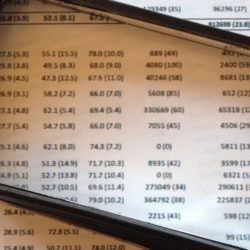 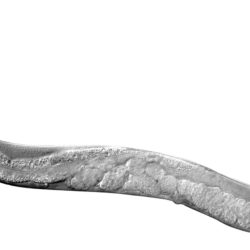 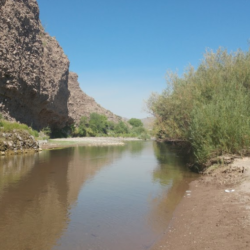