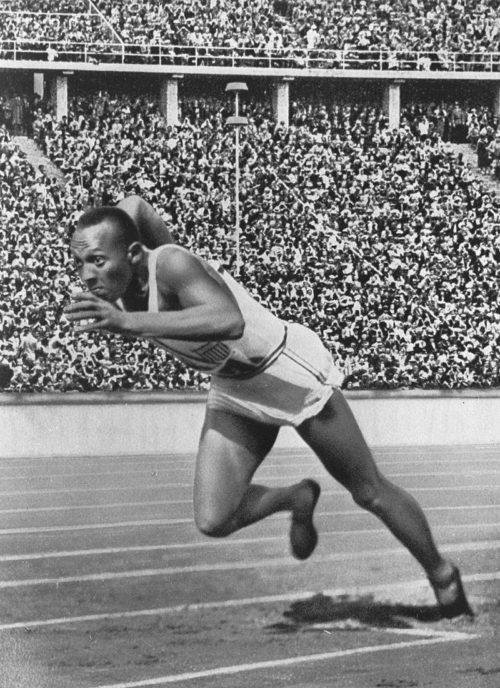 Coverage of the recent victory of the New Zealand team in the America’s Cup yacht race featured sailboats flying along on their underwater foils at ridiculous speed, speeds reaching more than 50 miles (80 km) per hour. Whether it’s running, or driving a car, or sailing these mutant boats, speed is exciting. Naturally, I myself never drive over the speed limit, but it’s a thrill to watch open-wheeled racers scream around the course at speeds exceeding 200 miles (320 km) per hour.

My personal experience with speed is limited to running, and the occasional, pathetically slow, downhill ski race. I have never been a great athlete, but at school I found that, by training diligently, I could perform reasonably well in some track and field events. My specialty was a sprint that was then called the 220 yard race, which has now been replaced by the 200 meters (220 yards is about 201 meters). I thought I was pretty fast, and indeed I was faster than the local competition, but then one of my teachers pointed out that an Olympic-class sprinter had just put up a time that would see me 35 yards behind when he crossed the finish line. According to the second graph below, I could have just made the Olympic team of 1900.

The importance of energy metabolism

As a university teacher of energy metabolism, I became interested in the difference between human activity that was powered anaerobically (without oxygen) and by oxidative metabolism. Muscle activity is driven by the supply of adenosine triphosphate (ATP). ATP is the “high energy” chemical that directly transfers its energy to the muscle proteins that drive contraction. As ATP is used to drive the muscles, it is continuously replenished by another high-energy chemical, creatine phosphate, which is present at higher concentrations than ATP. Creatine phosphate is a buffer of high energy. Under anaerobic conditions, when ATP and creatine phosphate are present the effect is direct and immediate; a bit like a battery operated car, in which the battery powers the driving wheels directly, with incredible torque (you won’t forget your first ride in a Tesla Model S). But anaerobic energy is limited to seconds of hard work — between them, creatine phosphate and ATP are sufficient to power a sprinter 100 meters to the finish line, but not a runner completing a 1500 meter race.

In races of more than 200 meters, oxygen-dependent mechanisms of energy production become ever more important. Oxidative metabolism depends on a longer chain of reactions. It begins with a fuel such as glucose or fat, and ends with the production of CO2 and ATP. In addition to powering longer races, it restores ATP and creatine phosphate levels after the sprint, as the athlete bends over, hands on knees and breathes heavily for a few minutes. Aerobic energy production has a massive capacity, but is delivered at a lower rate. It can go on for hours. Think marathon.

The differences in power delivery between anaerobic and aerobic mechanisms are nicely illustrated by the running speeds of world record holders for various distances. The graph below shows the speed of running vs the time of maintaining that speed. The speeds over distances of 100 and 200 meters are more than 10 meters per second for men, almost 38 kilometers (24 miles) per hour. This running is almost entirely powered anaerobically, by ATP and creatine phosphate. As the time and distances increase, the muscles start using another energy source, which is their glycogen supply. Glycogen is a form of stored sugar, sometimes called “animal starch”. It builds up in muscles at times of rest, and is used to power them during work. The rate of energy production from glycogen is a little slower, as it depends on a metabolic pathway to deliver ATP. Because of this, the speed over distances from 200 to about 1500 meters (the “metric mile”) is somewhat slower than for the shorter sprints.

Glycogen-driven metabolism provides ATP, and initially it produces lactic acid. But already during the middle distance races such as the 1,500 meters aerobic metabolism is starting up. The initiation of aerobic metabolism is in part a response to a decrease of ATP and creatine phosphate, and is stimulated by the acidic conditions in the muscle resulting from the production of lactic acid. (Lactic acid is responsible for “muscle burn”.) The build-up of lactic acid in the muscles causes blood vessels serving them to expand, and the hemoglobin in the blood cells to release their load of oxygen. This unloading is due to a shape change in the hemoglobin protein, a change that weakens its hold on its bound oxygen molecules and increases its affinity for carbon dioxide. Very well designed machinery (by selection during evolution!).

But even glycogen is in limited supply, and as the races get longer, an even slower speed settles in — by 10 km, the energy is coming in large part from oxidative metabolism, the combustion of both carbohydrates and fat in the presence of oxygen. This is a massive energy supply, but it depends on even more complicated metabolism, and is provided at a slower rate. For really long runs such as ultramarathons, other things begin to limit the speed, as the body adjusts to the exceptional demands being made on it.

The speeds of sprint record holders have increased over the past 120 years. An example is the speed in male 100 meter sprints (women show a similar increase over time, but the records don’t go back as far because women did not compete in this event at international events until 1922). The pattern of ever-increasing performances over 100 meters doesn’t appear to be over — how fast can humans run?

The 100 (and 200) meter races depend mainly on muscle strength, which governs the speed of contraction, and scientific training methods appear to still be improving this. On the other hand, marathon performances, for both men and women, have not changed significantly over the past 30 years, as shown in the following graph. Marathon speed depends on the rate of oxygen delivery to the muscles per kilogram of body weight. The results from the Boston marathon suggest that this factor is not changing at present.

Since East African men began to compete in 1988, and up to 2016, they won 25 of 27 Boston marathons (the two exceptions were a South Korean and an American; the American was Meb Kefleszighi, who immigrated to the USA from Eritrea, then part of Ethiopia, when he was 12).

The winning times for women have shown a similar pattern as the men (i.e., no systematic change), and again, since they began competing, East African women have won the Boston marathon 20 of the past 22 years. The dominance of East African runners in long distance races is a phenomenon worth examining more closely.

The limits of running speeds

The reasons for improvement in athletic performance are often discussed in terms of “nurture” and “nature”. By nurture, we mean things like training and diet. Better diet and training methods can make a person stronger and able to deliver oxygen to the muscles faster. Strength is particularly important in sprinting, and oxygenation is a key factor in long races. There’s no doubt that training methods have improved over the years, as coaching has evolved, together with our understanding of physiology and diet (and unfortunately, sometimes of pharmacology).

Another factor making a large contribution to changing race speeds is the opening up of the world to sports. An example of this is the participation of East African runners in international marathons, already remarked on. They now win regularly, but 50 years ago they were not even participating. As first the men, and then the women, of Kenya and Ethiopia began to participate, they quickly dominated over this distance (and also perform well in the middle distances).

Why are East Africans such fast marathoners?

This question is asked all the time, and despite intensive research, there is no single, simple answer. The situation is even more remarkable than it at first appears: not only are most of the winners Kenyan, they mostly come from a small tribal group known as the Kalenjin, who number only 4.4 million people. As one commentator has noted, 17 American men in history have run a marathon in under two hours and ten minutes; 32 Kalenjin men did it in October of 2011 (1). A study found that young Kalenjin men who had trained for only a few months could outrun some of the best professional Western runners (2). They seem to have a physical advantage.

One researcher into the science of this sport is Professor Yiannis Pitsiladis of the University of Brighton in England. He has studied a battery of possible reasons for East African superiority in middle- and long-distance running. The reasons might include (3):

The overall conclusion is that some of these factors do play a role. In particular, numbers 5 and 6, and possibly 4 are thought to matter, but 1, 2, and 3 probably don’t — non-Kenyans have similar numbers for these physiological parameters (4). All groups studying the phenomenon of East African performance agree that one significant factor, which is not directly on the list, is that they have an unusual body type. Their ankles and calves are particularly thin, and therefore light. This makes the energetics of running more efficient, as the pendulum that is the leg has less weight at its end. This is reflected in a lower oxygen consumption for a given running speed, compared to Western competitors. Pitsiladis, and others, have concluded that there is no such thing as an African “speed gene”. But an unusual body type, thin ankles and calves, is of course a genetic feature, as it is found throughout the group.

Any discussion about athletic performance that brings in genetics is uncomfortable for many people. It is reminiscent of racial stereotyping that sees Africans as having certain superior physical attributes (and, in the racist view, Westerners with better mental capabilities). Adolph Hitler, viewing the superior athletic ability of Jesse Owens in the 1936 Olympics, found solace in that conclusion. In fact, it is simply a reflection of human diversity. Any group that is genetically isolated, as the Kalenjin are, may develop unusual genetically-dependent features that give them particular phenotypic characteristics. You could point to the domination of runners with Western African genetic heritage, living now in many different countries outside Africa, of sprint events. Or the discovery that an isolated Greek population is protected against heart disease despite eating a diet rich in animal fat (5). All are examples of human genetic diversity that sees unusual characteristics come to the fore under conditions favouring them. 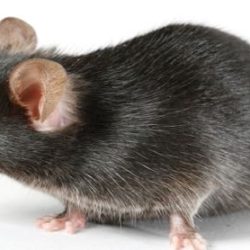 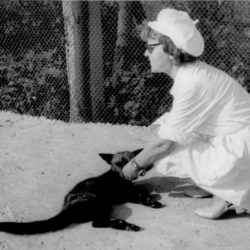 The Curious Case of the Friendly Russian Foxes