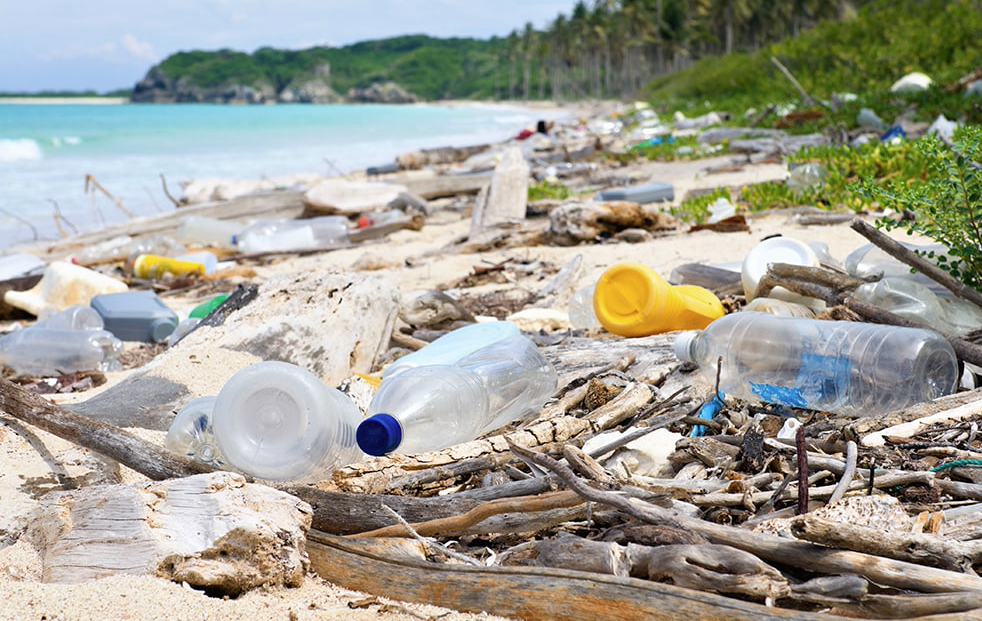 For all his plasticness, Mr McGuire was right. Between when the movie was released and today, the production and use of plastics has increased massively. In 1960, 7 million tons of plastic were being produced annually; today, production is edging toward 400 million tons. Most of this plastic is derived from petroleum, and as such is presently not biodegradeable. It’s an accumulating problem.

Plastic was invented in the 19th century so that billiard balls could be produced from a source easier to access than elephant tusks. Reduction of elephant slaughter was a laudatory outcome. But today, plastic washes over the world, from the African jungle to the Poles. Much of it is used once and then discarded. And it really never goes away.

About 9 million tons of plastic reaches the world’s oceans each year, where it has one of its most devastating impacts. If you walk along a beautiful, lonely beach on the northwest coast of Scotland, as I did a couple of years ago, you will be walking in a field of washed-up plastic, including water bottles, foamed polystyrene in various stages of disintegration, and nylon fishing nets.

Some of the strategies for dealing with plastic accumulation are straightforward, although they are not easy (I won’t deal with ideas like dumping used plastic into volcanoes). Reducing consumption of plastic is one of them. But plastic production is not going to stop any time soon; there are simply too many uses that are convenient and important. And even if we reduce the production of plastic, the massive burden already in the world would remain.

The recycling of plastic is largely an aspirational goal. Until 2017, “re-cycled” plastic was shipped from America to China, but the Chinese have stopped taking our garbage. Plastic for “re-cycling” is currently being sent to some of the poorest countries in the world, including Bangladesh, Laos, Ethiopia and Senegal. But wherever it goes, recycling and re-use are carried out on a very modest scale. Much ends up in landfill, and in the oceans.

Recycling petroleum-based plastics is currently problematical for several reasons. First, the energy cost of breaking it down carries a financial penalty. And plastics that are broken down mechanically have a lower quality than “virgin plastic” created from petroleum. They often consist of messy molecular tangles, and are not usable for their original purpose. Recycled mechanically degraded plastic is used for lower-quality materials, such as manufactured “lumber”, or coloured textiles.

Plastic can also be incinerated. But as I’ve pointed out in another post, that’s not a good idea for plastic derived from petroleum. Incinerated plastic is part of a long cycle, in which carbon captured from the atmosphere hundreds of millions of years ago is released back into it, where it contributes to our present catastrophic global warming.

Recent work on breaking down plastics chemically shows promise. Done properly, the breakdown products can be used to produce solvents, detergents or other high-value materials, as described here. That approach depends on a chemical catalyst, but it does not require a large input of energy. It could provide at least a partial solution to our glut of plastic waste.

But it’s clear that we need to reduce the production of plastic from petroleum. And we need to reverse the contamination of our beautiful blue marble of a planet with plastic waste. There are two kinds of solutions to this problem. One is to make plastic from a biological source, so that when it’s degraded, the carbon captured during the growth of the source material is returned to the atmosphere. This represents a “short cycle” of carbon sequestration and release. The other is to convert petroleum-based plastic to its starting materials for re-use. That way, the carbon captured hundreds of millions of years ago is re-cycled, not injected into the atmosphere as greenhouse gas. Nature is our friend in both of these approaches.

The promise of bioplastics

Bioplastics are materials that replace petroleum-based plastics with plastics made from biological material. Such materials are already in use. They are created from many types of materials, including plants, bacteria, and wood fibre. Under the right conditions, they decay to carbon dioxide and water, returning the carbon dioxide originally captured by the plant from the atmosphere back to the atmosphere.

But the breakdown of bioplastics is complicated. Although they can be compostable, your backyard composter probably won’t do it. Indeed, very few current municipal composting facilities will either — it requires special industrial equipment, operating at temperatures above ambient. And if undegraded bioplastics end up in municipal waste sites, which operate anaerobically, they produce the potent greenhouse gas methane, which is far more damaging than the original carbon dioxide captured from the air. Also, some “bioplastics” contain other components, including petroleum-based materials, that leave a residue after composting. And some are chemically identical to petroleum-based plastics, and do not compost or biodegrade.

There are other considerations. Corn grown to produce bioplastic is corn not available for food. And growing corn (or any other domestic plant) imposes an input cost in terms of fuel and chemicals, and the cost of land clearance (both in money and in methane production). There’s no free lunch. There has been a recent interest in converting waste (water, or solids) into bioplastic, and this development offers potential, as it converts basically worthless material into a useful product.

Countries in Europe have adopted the incineration of solid waste to generate energy, as I’ve written about before. Modern facilities, such as one located near the centre of Copenhagen, do not significantly contaminate the environment, and they produce heat and electrical energy. Incineration of petroleum-based plastic is, as I’ve already indicated, is not a good idea. Incineration of bioplastic, however, releases carbon that was recently captured from the atmosphere. It completes a “short cycle”, which doesn’t change the greenhouse gas condition of the planet. There is a resistance to the incineration of municipal waste in America. But using bioplastics and incinerating them would surely reduce the despoiling of our world with plastics without increasing greenhouse gases.

A phage (Gr: -phagos, one that eats) is any entity, usually a virus, bacterium, or white blood cell, that eats something. It’s surprising, perhaps, that there are organisms that will attack, digest, and consume petroleum-based plastics, but there are. They do this because they have evolved to use them for nutrient energy. These are the eaters of plastic, the plasticophage (I made that word up).

In 2016, a group of scientists in Japan looked for organisms that would degrade one of the most widely-used types of plastic, polyethylene terephthalate (abbreviated PET, or PETE, and identified by the number “1” in the triangle on the bottom of plastic objects made from it). The Japanese scientists examined 250 PET-contaminated samples of soil, wastewater, and sediment, and found one in which an agent was consuming the plastic. In a matter of weeks, these bacteria, which is what they were, almost completely degraded the PET they were growing on. 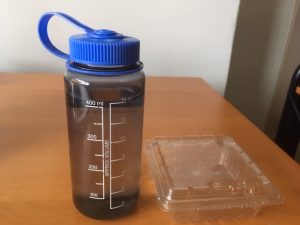 PET Objects. The water bottle and the container for raspberries from the supermarket are both made of the polymer PET. The water bottle will used for a long time; the fruit container is used once. It will then go into the “re-cycle bin”, but it probably will not actually be re-cycled.

The plastic-eating bacteria produced two enzymes that carried out the depolymerization of “low-crystallinity” PET (physically degraded plastic, not the smooth hard stuff found in water bottles). One broke the polymeric plastic down to smaller “monomer” units; the second degraded these monomers into terephthalate and ethylene glycol, the starting materials used to produce the polymer. The cycle from petroleum product to plastic to petroleum product was complete (an abstract of the original paper can be found here). 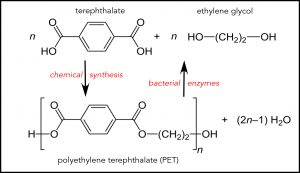 The chemical building blocks of the PET(E) are terephthalate and ethylene glycol (top of the figure). Chemical synthesis combines them into PET. The repeating unit of the PET polymer is enclosed by square brackets in the lower part of the figure, repeated n times. The bacterial enzymes discovered in Japan break down PET to its original chemicals. Adapted from Wikipedia

Cooperation between enzymes for the degradation of natural polymers is a common theme in biology. When yeast converts barley to ethanol, for example, enzymes cooperate to degrade the starch of the grain to glucose. The glucose then powers the yeast’s growth, and it obliges us by producing ethanol as an end product.

The PET-eating strain of bacteria discovered by the Japanese scientists was named Ideonella sakaiensis 201-F6. Its discovery underscores the great advantage of bacteria as biological agents: they grow rapidly, they are easy to mutate, and desirable mutants with an almost unimaginable range of activities can be found. These bacteria degrade PET to terephthalate and ethylene glycol, and use these products as food (PET-food?). For industrial application, the terephthalate and ethylene glycol would be isolated and used to synthesize PET.

Other bacteria, including some that live in the guts of mealworms, have been discovered that degrade a wide range of plastics (the Abstract is here). However, none of these bacterial agents are yet the finished answer to the problem of recycling plastic because they work slowly at ambient temperatures. Also, the bacteria that degrade PET have only a low activity on the plastic as found in finished products like bottles. Improvements are needed, but because of the mutability and selectability of bacteria, these can probably be found.

The PET-eating enzymes are evolutionarily related to other known enzymes. Together in the test tube, they work synergistically, and degrade PET at a respectable rate. They work even more efficiently if they are linked together by genetic engineering. But hurdles remain.

One issue is, that the plastic collected at our curbs every two weeks are a mix of materials, and to degrade one type of plastic the feedstock will probably have to be separated into different streams. This is not cheap. Secondly, the “crystalline” form of PET found in commercial use is not very susceptible to enzymatic attack; it will have to be bashed about first, and it will likely be necessary to work well above room temperature. This requires thermally stable enzymes, but these can probably be obtained by mutation and selection.

Any method of replacing “virgin” plastic, plastic made from petroleum itself, faces the same barrier: cost. It is just too cheap to produce plastic from petroleum hydrocarbons. For any recycling to be adopted, it will have to be subsidized, either by imposing taxes on petroleum use, or by directly funding the recycling process. Not what the Chicago school of economics would recommend, but perhaps necessary to prevent us drowning in plastic.

The science fictional aspect of plasticophage

The enzymes that degrade PET were evolutionary driven by the food value of the plastic. Someone might be tempted to write a book about the unintended consequences of plastic-eating bacteria, plasticophage, released into the world. What if they went rogue, and began to degrade plastic wherever it was found? Water bottles would dissolve, producing a small mess, but pacemakers would disintegrate, too. Garments containing synthetics might fall off their wearers as they walk down a crowded sidewalk. A catastrophe only slightly less frightening than the one precipitated by ice-nine in Kurt Vonnegut’s “Cat’s Cradle”. But of course, that can’t happen. Right? 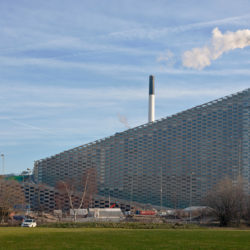 What Should We Do About Garbage? A Burning Question 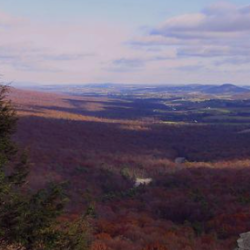